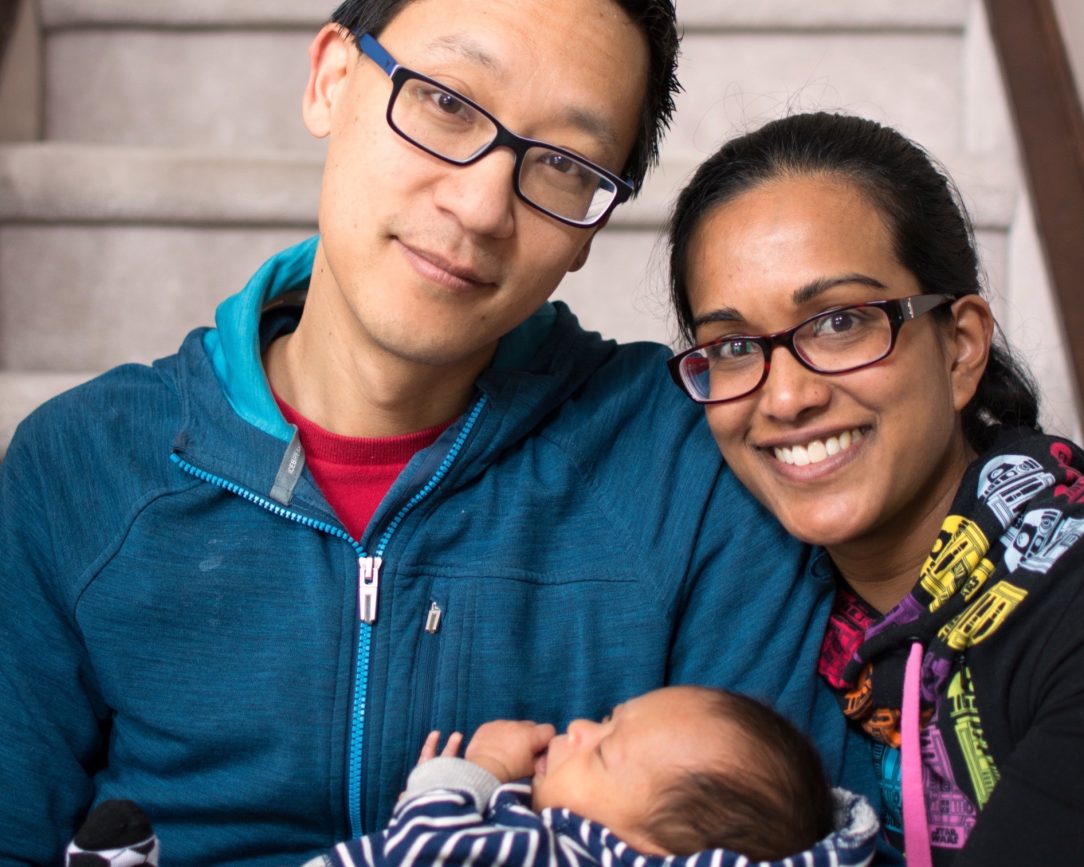 To the class of Queen Elizabeth High, the teachers and parents assembled here, congratulations! I very much appreciate you having me, a humble filmmaker, share some of my observations of life.

I, too, am in the midst of a transition both exciting and terrifying. Three months ago my son was born five weeks premature but luckily with a strong set of lungs.

We named him Xavier. Yes, the name’s inspiration is as you would guess. He is our little X-man born with the powerful ability learn whole universes of ideas. One day he’s seeing a blur of light. The next day he smiles in recognition at ba-ba and ma-ma.

With every stage, his circle of awareness expands sometimes in wonder, sometimes painfully. At this point he’s still figuring out this new sensation of gas. But later he’ll discover the painful reality that life isn’t all about his wants… that he has responsibilities as well as privileges. His mind will burst with new abstract notions like family, money, nations, dreams, and earth.

The parents here must have felt as I do now: exhausted, sleep deprived but amazed and astounded.
In the calm moments when he’s asleep on my chest, I feel this tremendous sense of being a part of the tree of humanity, each generation giving birth to new generations of stories. What drama will he become a part of? What path will he take or be called to?

I cannot say what path you will take. I can only say it is guaranteed to change. This is because the changes you will see in the next ten years may be more than what I have seen in my life up until now.
I am in that in-between generation where I am old enough to remember and be comfortable in a time before digital computers, cellphones, internet, and Facebook. To put it another way, when I graduated high school back in 1994, I was introduced to this new thing called HTML.

But I am also young enough that I am comfortable with technology such that I am the IT help desk for my parents. I am guessing that most of you have never actually dialled a phone number in your life; pushed some buttons, yes, but not dialled.

Imagine what transformations you will face in your lifetimes. You cannot afford to “not” learn and re-learn. This means the path you are on may change so drastically that you might reverse course or choose a different way or you may have to break new trails.

For me, my life transformed with one dark realization. I began as a proper asian student. I respected my parents wishes. I was good at school. Went to university on a full scholarship to graduate in electrical engineering and I got a great job at a telecomm company. Everything was as it should be.

But then ten years after I graduated high school, I met Lt. Romeo Dallaire, the Canadian who led the UN peacekeeping mission in Rwanda in 1994. 1994 was the same year I graduated from high school. It was also the year when in Rwanda over 800,000 people were systematically slaughtered in one hundred days of ethnic cleansing. Extremists from one ethnic group, the Hutus, were murdering Tutsis and moderate Hutus.
I am embarrassed and ashamed to say that I had not heard about this genocide until I met Dallaire. I had not heard about children being used as soldiers, and machetes being used to hack men, women and children and that the international community refused to intervene.

If that sounds disturbing to you, it is and it should disturb you. It disturbed my naive idea of who we are as a people… as Canadians. Were we not peacekeepers? Protectors of human rights? Did we not say “never again” after the Holocaust? And why was it that we did not act?

I had a existential crisis. Dallaire’s story changed my yardstick for success. I couldn’t square my career goals working up the corporate ladder with the desperate needs of the world. How I could I live in the wealthiest province in one of the wealthiest countries in the world and not have any responsibility? Does our care for others stop with our friends and family? Or as Romeo Dallaire hauntingly asks… are some people more human than others?

If you haven’t faced an existential crisis already, you will. In this age of rapid change, all of us will have to question ourselves and our role in the world. But just like Xavier, every new challenge also opens up a new possibilities.

Over the years, I’ve realized there is only one helpful response to an existential crisis… it’s not ignoring it, or rationalizing it, or falling into despair… it’s learning your way through it. And so I learned… I explored. I experimented. And that’s how I ended up becoming a documentary filmmaking.

Now some of you will understand what I mean when I say that the most terrifying thing about quitting my engineering career was not the loss of money, or failing in a venture… no, it was telling my parents. I feared disappointing my parents. My parents worked so hard for me to do what? Filmmaking? Hardly an acceptable career. And yet in Canada, many careers are possible; many ways of making a difference are possible.

Eight years later, my parents still love me, I have not gone bankrupt, and I make a living shining a light on the human experience.

As a result of taking that small risk, I have been rewarded with poignant human moments… waking up in the middle of the night to a boisterous festival in Kathmandu, snowmobiling alone with my cameraman in the dark in a minus thirty degree blizzard in the far north, witnessing the flare of the northern lights on the grasslands of Saskatchewan. And then there are the countless number of individuals I have interviewed who have granted me access to their soul-searching.

What I have learned is that humanity, of which we are all a part of, is simultaneously capable of great feats of brilliance as well as great feats of willful ignorance and that one often comes with the other. The internet connects all of us across far flung cultures, but allows ISIS to recruit downtrodden people from across the world. We have the power to build and sustain huge metropolis as well as have the power to destroy the ecological viability of soil, water and air.

But equally, with every crisis, there is a response by people who act. In Kathmandu, the rivers have become filthy because of the availability of plastic and the lack of a sanitation system. Yet Nepalese teenagers banded together to educate the adults about the need for water sanitation. Closer to home, some of my Indigenous friends from Blackfoot to the south and the Stoney Nation to the west have given voice to the rocks, trees and animals in a way our modern, commercial society has forgotten.

I share these examples with you add to your imagination about what we are capable of… both wise and ignorant because without a wider vision we will not be able to solve our world’s most pressing problems.

I love films for that reason. Documentaries tell us that we are at times selfish, narrow-minded, power-seeking, and cruel, but documentaries also show us what wisdom, justice, and compassion can look like. These stories give us experiences far beyond what we can experience in a single lifetime.

Confucius considered a man should be wise at 70 years old. With books, films, the internet, and the billions of people on this planet we should be no less than a thousand years old.

So in the next phase of your journey, be like Xavier… ever expanding in your view of the world. Bring the universe into your heart, and let it change what you consider to be significant and worthwhile to do in life. And if you see something that needs doing, do something about it because this is what humanity, more than any time and place in history, needs of all of us.