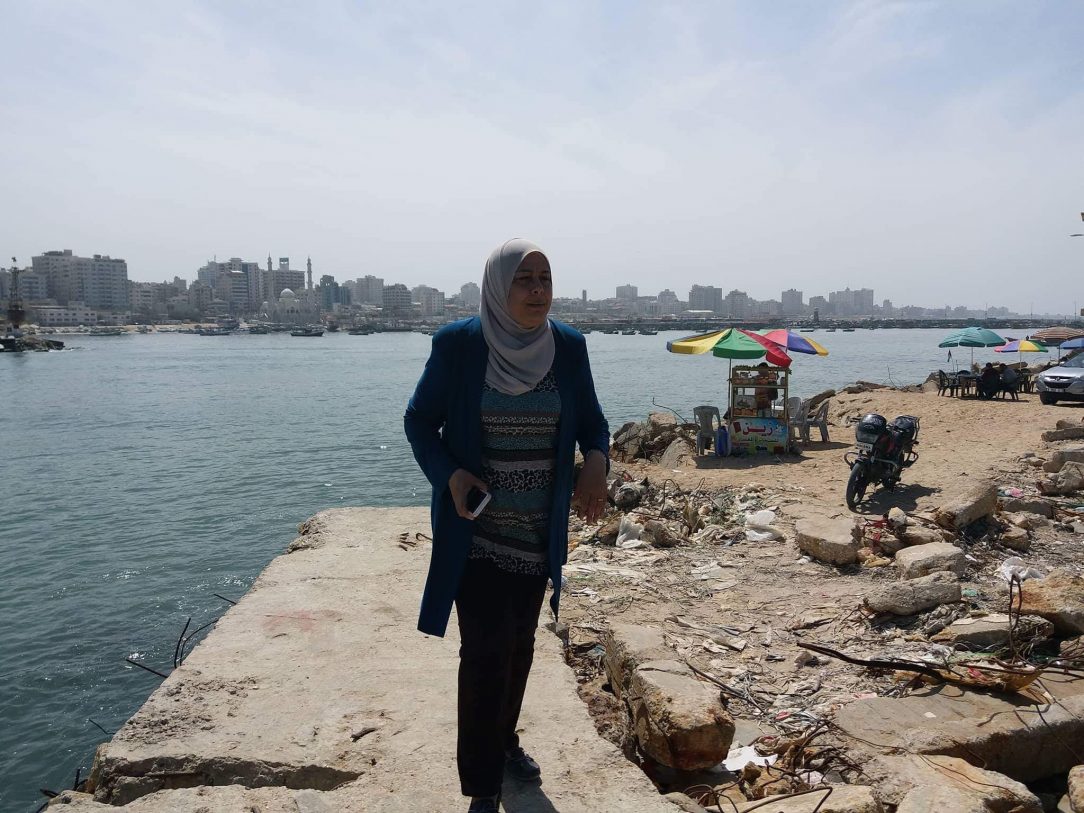 As a woman who was born and raised in a war-torn country with strong patriarchal structure, heavy political engagement, and controlled by strong traditions and cultural affiliation, my strongest affiliation is my motherhood and commitment to my children’s well-being, followed almost immediately by a strong commitment to women’s rights and gender justice.

My background and these two engagements shaped my life decisions, ongoing learning, career choices and types of volunteer engagements. I think I was 12 years old when I wrote an essay for my school work. I chose women pioneers and wrote about how they broke taboos. I did not call it that then, but it was my first “creative realization”. After thinking very hard of a topic I realized that as a Palestinian, Muslim, Arab young girl, I have multiple layers of oppression that I need to overcome. I was supported and encouraged by an exceptional father who tried his best to provide a safe space for me to learn and explore the worlds that I was interested in. My father was a dedicated reader. In a community where newspapers and books where considered a luxury because of their cost, he made sure that we bought the daily newspaper, and that I received books for my birthdays as well as my rewards for being top of my class.

I was always active in the Palestinian women’s movement, supporting more disadvantaged women to realize their potential, fighting for equal rights and engaging with social change.

There is an Arab heritage book named Kalilia Wa Dimana by Abdullah Inb Al Moqafaa. It’s a book that tells stories with the voice of animals. I read it for the first time when I was ten years old because people assume that animal told stories are for kids. I was enchanted by the book and its stories and images. Over the years I read the book and its stories many times. I told some of them to my kids. It was only when I grew older that I started looking at history of books and writers. I discovered that Abdullah Inb Al Moqafaa was killed because he was a “zindeeq”, a word that is used to refer to really bad men. It could mean infidel or homosexual or any other “bad” characteristics.

The book was a true knowledge transfer of wisdom between cultures because it turned out that Abdullah Inb Al Moqafaa actually translated it from Indian heritage (it was written by an Indian philosopher named Debshliem, who wanted to challenge a dictator leader and could not do that directly so used the voice of animals to express his views). Abdullah Inb Al Moqafaa also was politically against the ruler of his time – that is why he translated the book to Arabic, and why he was accused of being “zindeeq”. Only then I realized why the book enchanted me so much. It was very old wisdom transferred over the years and it carried messages of humanity wisdom, fairness, justice and equity.

When I arrived to Calgary in 2012 I was very disappointed of how the “Arab Spring” was unfolding in different Arab countries, very discouraged by Palestinian and other Arab leaders and feeling helpless and unable to do anything to help. I also had a busy and very un-organized mind/ way of thinking about myself and the world around me. I read too much and my mind was a messy closet. I was not sure how to organize my thinking.

I did the Integrity Leadership program for immigrants with the Alberta Network of Immigrant Women and met some interesting people. I felt curious to join and learn from the source. It was a great experience because I finally understood that it is ok to have a messy mind. It means I care! But also, I found tools and structures that helped me put things into perspective. I was growing older but also wiser. The things that used to bother me so much at a personal/ ego level do not bother me anymore. I can now relate small things to bigger pictures and understand people’s behavior and attitudes. However, the fire still burns and does not stop. I am trying to direct it in different ways. It is more difficult than I ever thought but at least I understand it differently.

I also appreciated the program guiding me to read certain books that were not necessarily on my priority list. It exposed me to writers and fields of study that I was not paying attention to. Meeting and working with so many smart people who care and will not give up was a great addition to the experience.

4. What have you learned about the kind of leadership the world needs?
I learnt more about what is not good leadership even more, what leadership the world needs. I can diagnose and understand the fallacy of current leadership but also understand that preparing the kind of leadership that the world needs requires generations of preparation and instating higher levels of oversight and control. The main struggle for me now is how to reduce the current state of waste, suffering and injustice while initiating change. It is easier said than done and easier said in Canada than in Palestine where I live now. At every corner you can identify huge challenges, denial of problems and lack of will to address them. My current challenge is how to communicate some of my learning without being seen as an “outsider”. Not easy!

I hope to be able to contribute meaningfully to the human venture. I feel like a knowledge transferrer and my role is to communicate effectively between different worlds. It is not an easy task in a world that is enraged by harmful populist and negative propaganda.