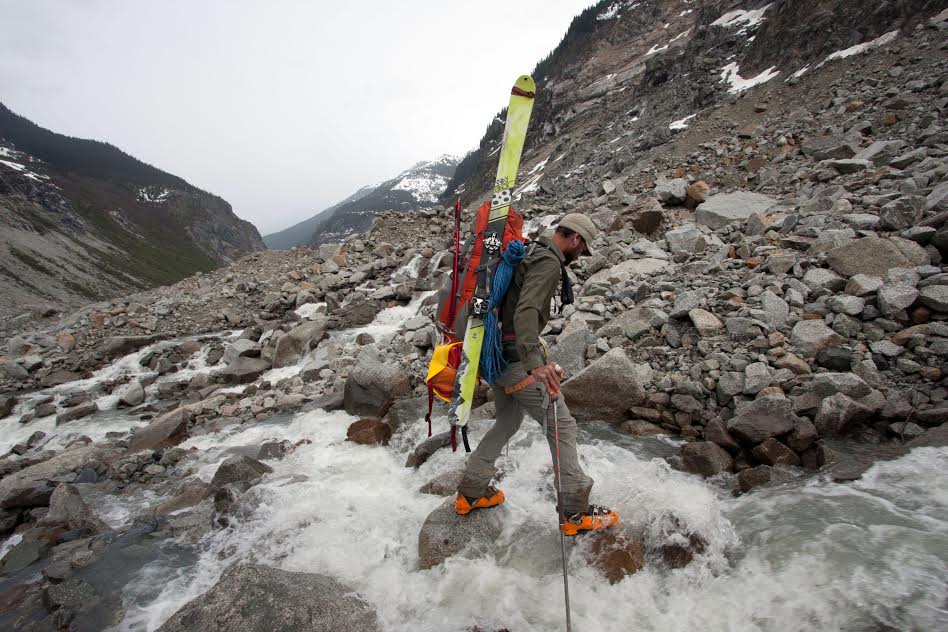 Danny stayed indoors long enough to talk to us about directing his own life learning, filming nature, and understanding the ecology we are part of.

Well, right now I’m trying to learn to film wildlife and tell compelling stories about the natural world. I’m doing that as a way of learning about life myself, and also because as a species many of us are long overdue for better understanding and accommodating our planetmates. I’d like to contribute to bringing about this better understanding. I’ve been working in different areas of video for about ten years, mostly as a camera person and video editor. When I started it was because I could see how powerful a tool it is for influencing social change, both positive and negative. I took it up as a way to assist people and organizations working on projects I thought were positive. Recently I worked with another Human Venture Leadership Alumni, Chris Hsiung, as the Director of Photography on his documentary film Elder in the Making. That’s the type of project I like to be involved with.

I should be honest though, I spend more time doing things most wouldn’t classify as work, although for me it’s very connected. I’m fortunate to spend a lot of time outdoors adventuring and exploring this big wild and beautiful world we share. I like climbing mountains and traveling through wild places. This particular part of the planet, like so many others, is so beautiful and captivating that it makes it hard to sit inside and contribute to much anything else. We live next to a largely intact mountain ecosystem with near complete representation from all the large mammals that were here before European arrival. It’s rare and under constant threat. Hence my motivation for trying to blend my adventures and film making, to better understand and to help protect it.

2. What resources (books/ films) have been most influential in your life? In what ways?

In 2004 I read Paul Hawken’s The Ecology of Commerce. I was a 21 year old mechanical engineering student and until then I had somehow insulated myself from anything beyond my personal bubble of family, friends and bmx biking. Embarrassingly, I think it was the first time in my life I gave much thought to the social and environmental problems I was now beginning to see all around me. Nearly as alarming was that I began to realize the extent to which my learning and life direction had been supplied for me up to that point, and the lack of effort I’d put into searching beyond it. In the HVL programs we use the analogy of “the factory farm” to represent the way that our institutions and culture have the effect of creating domesticated humans that accept the conditions of their upbringing without awareness or concern that anything different is desirable or even possible. We pursue ways to make our caged existence more tolerable or meaningful for ourselves and others, but rarely question the nature of the cage or the farm itself. It’s a fitting analogy for me. I remember the fiction work of Daniel Quinn (Ishmael series) and non-fiction of Derrick Jensen (The Culture of Make Believe, Endgame) among many others helped me start to see my cage more clearly and how destructive and precarious our collective trajectory is.

It was all rather disorienting and scary, but I decided that rather than look away I needed to make some life changes in order to learn more. So I started thinking about personal experiences and communities I could learn from. I dropped out of my engineering courses but still showed up at university, seeking out whatever classes or books or volunteer opportunities I thought would help me understand the world. I became an activist. I became an adventurer. I hitchhiked around the country, slept out under the stars, and felt I became a learner for the first time. I also scared the crap out of my parents…

As H.G. Wells puts it in The Open Conspiracy, “I set myself to re-educate myself…”, and it’s turned out to be a challenging, life long task.

“…it was that my fundamental thinking, at the very root of my political and social conduct, was wrong. I was in a human community, and that community, and I with it, was thinking of phantoms and fantasies as though they were real and living things, was in a reverie of un-realities, was blind, slovenly, hypnotized, base, and ineffective, blundering about in an extremely beautiful and an extremely dangerous world.” – H.G. Wells (1935)

I spent a number of years searching on my own before I took a program with HVL, trying to understand how we got to where we are now, with so many potentially catastrophic problems on the horizon. I learned a lot, but eventually I hit a block I was having trouble getting past. The grim, fragmented and over simplified understanding I eventually landed on went something like this: Part of humanity had gone astray sometime in the distant past, spread nearly unchecked across the entire world and, with the annihilation or assimilation of any humans still living sustainably nearly complete, we are freely and insanely heading full speed towards oblivion. Not a pleasant conclusion. Where do you go from there? I learned to be a film maker and tried to be helpful, explored the outdoors a lot and kept on searching. Eventually that lead me to Human Venture Learning.

It was only through the HVL community and the Human Venture Meta-Framework that the previously isolated fragments of learning I’d accumulated started to coalesce and reveal a more hopeful pattern. Yes, as I knew we are indeed in a very precarious position as a species and doing immense damage. But in studying the large scale patterns of human learning and development I can now see a possible way through it – it’s no longer a definite dead end. It unfortunately doesn’t make the near future look any less alarming or heart breaking, however…

Articulating this new understanding is best done in conversation over a pint or sitting near an alpine lake at sunset, but I’ll try it here anyway. All the usual cautions of oversimplification and potential for misunderstanding apply, please.

We’re a species of comfort loving primates that over many generations have evolved species wide traits as adaptations necessary for survival in a complex interconnected ecosystem that we were a part of. We also developed culture(s) that worked in this environment with these genetic traits and it was possible to pass this culture on to subsequent generations. With the slow evolution and accumulation of culture, we’ve increasingly figured out how to organize ourselves and manipulate tools and materials to do previously impossible things, good and bad, constructive and destructive, and sometimes in opposition to what our local ecosystem could sustain. Still with me?

Eventually from this process, with the recent development of the scientific method and the technologies made possible from it, we have achieved extraordinary technological powers with global impact. However, our cultural evolution, especially how we ought to conduct ourselves, is slow to catch up and hasn’t been guided with the same discipline we’ve applied to technological development. Far from it. Some of our genetic traits that were helpful in our distant past are now a huge liability in the context of a large industrial society, and many of the harmful impacts of these genetic traits are now largely embedded in the dominant culture. This dominant culture has for thousands of years been evolving under the belief that humans are exceptional and separate from the constraints of the natural world. We aren’t, and we are seeing the indications all around us. We as a species are at a crossroads. It’s now necessary, and possible if we are willing, to intentionally evolve our dominant culture into something compatible with the ecosystems we are dependent on. As a species we already know a lot about how to do this – it’s based on the same processes and principles we’ve used to enable our explosive technological growth using the scientific method.

It’s these patterns of human learning and development, including those of cultural evolution, that the HVL community is trying to study and extend.

4. What have you learned from studying nature & life?

That I have so much more to learn! I’ve learned so very little relative to the amount of time I’ve spent outdoors, but I’m trying to resolve that now. Fortunately there are many people doing much disciplined learning and making it accessible to anyone that will listen. And what are they saying? In appropriating ever more of the planet’s land and resources for human ends, we’re displacing and destroying many of the communities we share the planet with. And we’re doing this to our own communities as well of course. We’re living during one of six mass extinction events in life’s history, and we’re the cause. As a fact I think we all have heard that by now. But truly knowing it, feeling it, is different. Without relationship and a sense of kinship and mutual responsibility with the natural world it remains academic and abstract.

Fortunately there are also many resources available to help us build this relationship, not to mention our human and non-human neighbors all around us. I’ve been amazed at what a difference it makes when I just pay attention. Who is that bird outside the window? Where does it sleep? What’s it eating? Does it have a family? Go sit with it and ask. Perhaps it will show you.

Oh, that’s a big question. There’s a lot of things that come to mind. Let’s just say that I hope there are more grizzly bears and mountain goats and pikas and salmon in 200 years than there are now, and that humans are living peacefully and without fear here in Treaty 7 territory. That would indicate that a lot of positive developments have come to pass across the entire world.