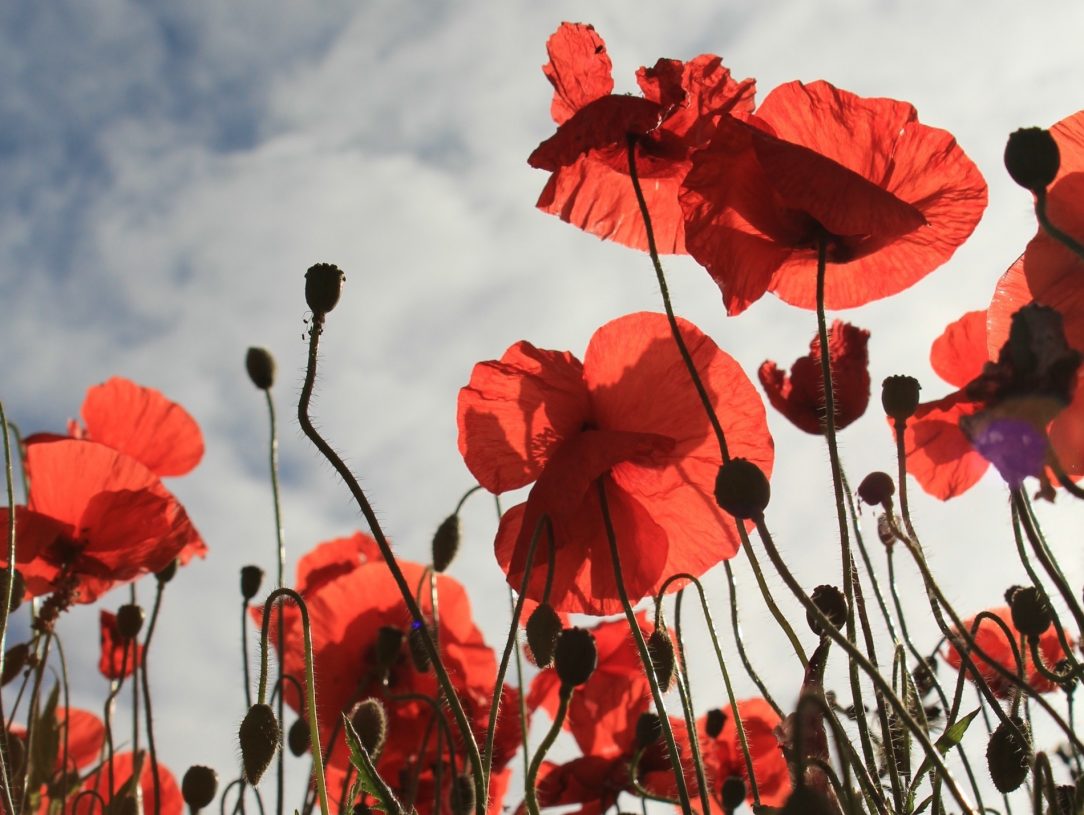 Remembrance Day originated as a memorial to members of commonwealth forces who died in the line of duty in the bloodiest conflict to that point in history. Hostilities formally ended "at the 11th hour of the 11th day of the 11th month", so November the 11th was chosen as the annual date for the nation to honour the fallen with solemn ceremonies.

I lived in Ottawa as a boy and attended the National Remembrance Day ceremonies at the National War Memorial each year. It was always deeply moving. It was clear that something important was going on and that there was a strong sense of shared experience. Later in life I became conflicted about Remembrance days. While I still found the ceremonies moving, I felt something was missing. Honouring the sacrifice of the fallen seems inadequate if it doesn’t prompt an inquiry into why it happened and if it could have been avoided.

Digging into the causes and conduct of wars is beyond what could be reasonably expected from Remembrance Day ceremonies and traditions, but it is something that thoughtful individuals should be doing for themselves as part of their life learning journey, using annual Remembrance Days as a reminder to keep inquiring and to push their explorations further.

There are many good books on war, but the little books in “The Best One Hour History” series by Robert Freeman provide a quick, coherent overview of historically significant subjects. Since the books only take about an hour to read it is easy to get a high-level picture of how different episodes in history are related. The following books will give you a solid start to understanding the wars of the 20th Century:

War is a very complex, multi-levelled and multi-dimensional undertaking with many different entry points and connections to adaptive positioning, survival and the Human Venture. To aid your reflections this Remembrance Day I’ve selected a range of quotes, each containing a bit of wisdom about war. I suggest reading through the quotes, marking the ones that seem particularly significant, looking for relationships and promising trailheads for further inquiry. Revisit them from time to time and discuss with family and friends.

“The art of war is of vital importance to the state. It is a matter of life and death, a road either to safety or to ruin. Hence it is the subject of inquiry which on no account can be neglected." Sun Tzu, The Art of War, 500BC

“The more I study war, the more I come to feel that the cause of war is fundamentally psychological rather than political or economic. When I come in contact with a militarist, his stupidity depresses me and makes me realize the amount of human obtuseness that has to be overcome before we can make progress toward peace. But contact with pacifists too often has the effect of making me almost despair of the elimination of war, because in their very pacifism the element of pugnacity is so perceptible. Moreover, with this active dislike, which in itself hinders understanding, there is mingled an attitude toward it rather like it it’s an affliction of Providence, against which ‘charms’ may avail, but not scientific study. Until we understand war in the fullest sense, which involves an understanding of men in war, among other elements, it seems to me that we can have no prospect of preventing war." (May 1934) Captain Sir Basil Liddell Hart, Thoughts on War, 1944

“Today every inhabitant of this planet must contemplate the day when this planet may no longer be habitable. Every man, woman and child lives under a nuclear sword of Damocles, hanging by the slenderest of threads, capable of being cut at any moment by accident or miscalculation or madness…. Mankind must put an end to war or war will put an end to mankind.” John F. Kennedy, United Nations address, 25 September 1961

“In an age in which mankind’s collective power has suddenly been increased for good or evil, a thousand-fold through the tapping of atomic energy, the standard of conduct demanded from ordinary human beings can be no lower than the standard attained in times past by rare saints.” Arnold Toynbee, A Study of History, 1961

“The President once dropped a few kind words about the enemy. They were human beings – were they not? One could not be completely remorseless, even in war. The line must be drawn somewhere. An elderly woman in the reception room flashed a question; how could he speak so kindly of his enemies when he should rather destroy them. “What madam?’ slowly as he gazed into her face, ‘do I not destroy them when I make them my friends?’" Abraham Lincoln, recounted by Carl Sandburg, Abraham Lincoln, III 1939

"Errors of judgment there must be in war, and few would cavil at them, especially those due to the fog of war. But it is different when the fog is self- created by confused thought and limited study." Captain Sir Basil Liddell Hart, Thoughts on War, 1944

"The discovery of uncomfortable facts had never been encountered in armies, who treated their history as a sentimental treasure rather than a field of scientific research. (June 1936)." Captain Sir Basil Liddell Hart, Thoughts on War, 1944

“If men make war in slavish obedience to rules, they will fail. General of the Army Ulysses S. Grant, Personal Memoirs I, 1885

“Fundamental to the training of senior officers will be the most comprehensive instruction possible in technical and organizational matters. The object of this instruction will be to induce a certain independence of mind, so that particular value will need to be laid on teaching officers to think critically on questions of basic principle. Respect for the opinion of this or that great soldier must never be allowed to go so far that nobody dares to discuss it. A sure sense of reality must be aroused. Given a well- founded knowledge of basic principles, any man of reasonably cool and logical mind can work out most of the principles for himself, provided he is not inhibited in his thinking." Field Marshal Erwin Rommel, The Rommel Papers, 1953

“If there is another war in Europe, it will come out of some damned silly thing in the Balkans.” Chancellor Otto von Bismarck (1815 – 1898)

“Let us learn our lessons. Never, never, never believe any war will be smooth and easy, or that anyone who embarks on the strange voyage can measure the tides and hurricanes he will encounter… Antiquated War Offices, weak, incompetent or arrogant Commanders, untrustworthy allies, hostile neutrals, malignant Fortune, ugly surprises, awful miscalculations – all take their seats at the Council Board on the morrow of a declaration of war. Always remember, however sure you are that you can easily win, that there would not be a war if the other man did not think he also had a chance.” Sir Winston Churchill, A Roving Commission, 1930

“I shall be content if those who desire to have view of events as they did rally happen, and as are very likely, in accordance with human nature, to repeat themselves at some future time – if not exactly the same, yet very similar.” Thucydides, The Peloponnesian War, 404 BC

“An important difference between a military operation and a surgical operation is that the patient is not tied down. But it is a common fault of generalship to assume that he is.” Captain Sir Basil Liddell Hart, Thoughts on War, 1934

“It is part of the general pattern of misguided policy that our country is now geared to an arms industry which was bred in an artificially induced psychosis of war hysteria and nurtured upon an incessant propaganda of fear.” Douglas Mac Arthur, Speech before the Michigan state legislature, 1952

“The germs of war lie within ourselves – not in economics, politics or religion as such.” B. H. Liddell Hart, Why Don’t We Learn From History? 1944

“Another and far more transcendent love came to us unbidden on the battlefields, as it does on every battlefield in every war ever fought. We discovered in that depressing, hellish place, where death was our constant companion, that we loved each other. We killed for each other, we died for each other, and we wept for each other. And in time we came to love each other as brothers. In battle, our world shrank to the man on our left and the man on our right and the enemy all around. We held each other’s lives in our hands and we learned to share our fears, our hopes, our dreams as readily as we shared what little else good came our way.” Lieutenant – General Harold G. Moore, We Were Soldiers Once… And Young, 1992

“Man lives by habits, indeed, but what he lives for is thrills and excitements. The only relief from Habit’s tediousness is periodical excitement. From time immemorial wars have been, especially for non-combatants, the supremely thrilling excitement." William James, Dinner Address before World’s Peace Congress, Boston, 1904

“What we now need to discover in the social realm is the moral equivalent of war: something heroic that will speak to men as universally as war does, and yet will be as compatible with their spiritual selves as war has proven itself to be incompatible.” William James, The Varieties of Religious Experience; A Study in Human Nature, 1902