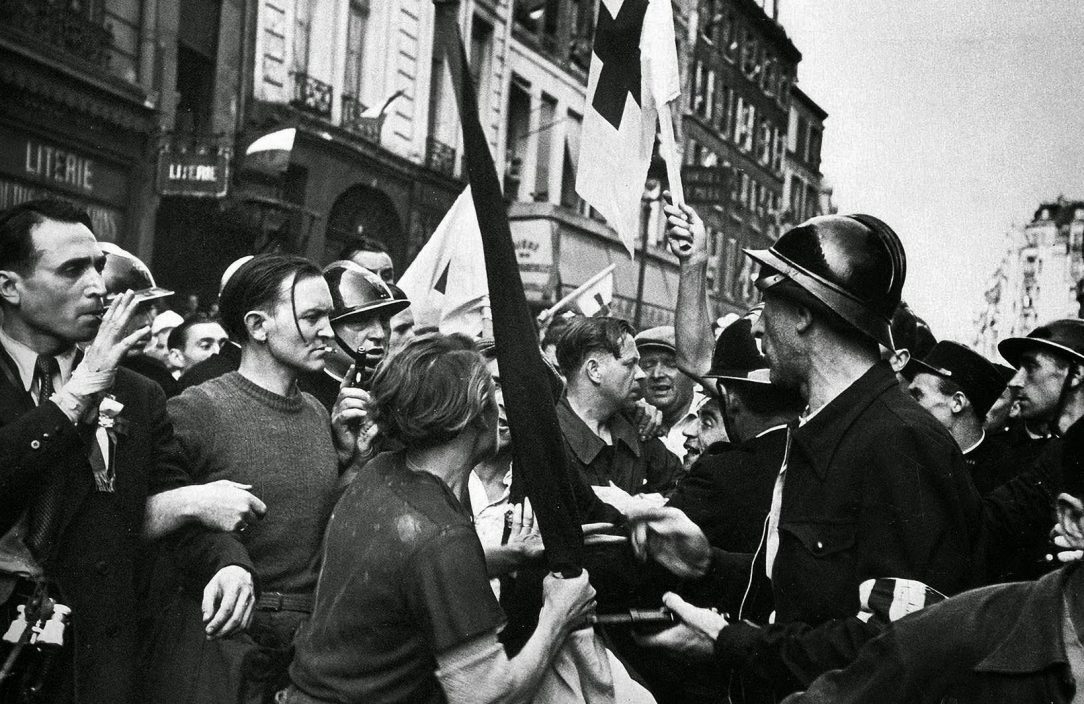 Born in France in 1917, Stephane Hessel experienced a time of great sorrow and great hope for humanity. When Marshal Phillippe Petain rose to power in 1940, many progressive policies were reversed, collusion with Nazi Germany became the norm, and an authoritarian state was created, causing outrage among those who believed in the revolutionary ideals of liberty, equality and fraternity.

Hessel joined the French Resistance in German-occupied France in protest, believing deeply in ethical standards that were absent in the new administration. Captured by the gestapo, he was sent to German concentration camps where he was tortured. He escaped from Buchenwald, was recaptured, and then escaped again during a transfer from Dora to Bergen-Belson, chancing upon advancing US troops who offered him protection.

Hessel began work at the United Nations after the war, notably assisting with the drafting of the Universal Declaration of Human Rights. Driven to contribute something meaningful and substantive from lessons in his eventful life, he created the sweet and fierce essay Time for Outrage: Indignez-vous! as a tribute to the values of the French Resistance, and as a legacy for others to draw from. Hessel wrote the book at age 93 in 2011, and died two years later.

The book reads like the passing of a torch, the igniting of the spirit of rebellion and resistance from one generation to the next. He reminds us that progress is hard won and easily lost, and we must fight a constant battle with the forces of ignorance that keep us in the dark about our common humanity and our responsibility to uphold each other’s rights.

At the center of his conception of progress lies a recognition that we must take care of each other, that personal and selfish interests must not take precedence over public interests, and that we have a moral obligation to develop the “critical and creative” human spirit, rather than suppress it. He writes, “it is up to us, to all of us together, to ensure that our society remains one to be proud of: not this society of undocumented workers and deportations, of being suspicious of immigrants; not this society where our retirement and the other gains of social security are being called into question; not this society where the media are in the hands of the rich.” Hessel points out that these values are to this day under attack globally wherever they still exist. He reminds us that “Nazism was defeated, thanks to the sacrifices of our brothers and sisters of the Resistance and of the United Nations against fascist barbarity. But this menace has not completely disappeared, and our outrage at injustice remains intact to this day.” There is no doubt that there is still a battle to be fought.

In our Human Venture Leadership programs, we define the Human Venture as “a continuous flow of learning and development…building on and extending the adaptive capacities of previous generations and passing them on to the next.” The human venture is “opposed by forces that run through all societies and human nature, bio-social and cultural forces and structures that constrain adaptive learning, limiting horizons of caring, understanding and responsibility. Striving to develop wisdom is a trans-generational, open-ended battle with dynamic, pervasive and often seductive forces of ignorance”. Developing adaptive capacities allows us to see our place in a larger human story, to take responsibility for developing more disciplined thinking and caring, and to grapple with ignorance – ours and everyone else’s. Time for Outrage: Indignez-vous! reaffirms the need for life-long learning and a community of support for resistors, frame-breakers, and re-constructors of our broken systems.

Poignantly, on behalf of “the veterans of the Resistance movements and fighting forces of Free France” Hessel calls on “the younger generations to revive and carry forward the tradition of the Resistance and its ideas. We say to you: take over, keep going, get angry!” Our outrage at the injustices we see locally to globally should fuel us to do so. Hessel instructs that “the motivation that underlay the Resistance was outrage”.

Hessel also warns that if we don’t look, then we won’t see, and our indifference will write history. The causes for outrage are all around us, if we can stop being distracted by insignificant things and pay attention. “I tell the young: just look, and you’ll find something. The worst possible outlook is indifference that says, ‘I can’t do anything about it; I’ll just get by’…look around you, you will find things that make you justifiably angry—the treatment of immigrants, illegal aliens and Roma. You will see concrete situations that provoke you to act as a real citizen. Seek and you shall find!”

In our Human Venture Leadership programs, we believe that learning is a form of action. When we see challenges that outrage us, we need to understand how those challenges were created, what causes them, what others have done about similar challenges in the past and how to extend those actions in more promising directions as ways to inform the actions we take. Although this isn’t as immediately gratifying as “just doing something,” we are less likely to be doomed to repeat ineffective interventions over and over again.

Hessel concludes by saying “To you who will create the twenty-first century, we say, from the bottom of our hearts, TO CREATE IS TO RESIST. TO RESIST IS TO CREATE.” By resisting the pull of self-interest, the brutality of authoritarianism, and by seeking to build more adaptive capacities in ourselves and others, we may have a chance at creating a more ethical and rational society over generations.

Time for Outrage: Indignez-vous! is an instructive window on a life well and fully lived, on a heart and mind shaped by extraordinary circumstances. It is an example of a human being who has done everything in his power to alert the next generations to an ongoing battle that is in their best interest to fight.